Will India have crypto ATMs once again?

A crypto ATM is a kiosk that allows a person to buy Bitcoins and other cryptocurrencies using cash or a debit card. However, crypto ATMs in India were short-lived but nevertheless they had an interesting journey that we trace here.

However, it was seized by the government only a week after its installation because of Reserve Bank of India’s (RBI’s) past restrictions.

The co-founder of Unocoin exchange Sathvik Vishwanath had great plans to expand the crypto ATM network to Delhi and Mumbai.

The company explained that all the customers of Unocoin and its crypto-to-crypto trading platform, Unodax, could deposit and withdraw rupees using the ATMs

All coins on Unocoin and Unodax could be bought using the money deposited through ATM machines. Unodax had 30 coins that could be bought through it,including the Bitcoin.

The concept of crypto ATMs did not meet the approval of the Karnataka government. It concluded that cryptocurrency must remain online and away from public places, since they do not have a bank of their own and thus there can’t be any physical money dispensing or deposit units in the state.

A 2018 tweet from Unocoin says this: “Our machine did not go down well with (sic) few mainstream media reports which projected it under a negative light. The machine is still under final testing mode and it will be up and running in the upcoming week. The machine has been temporarily moved from its original place of installation.”

However, in February 2021, the Karnataka High Court quashed the FIR on the founders of the Bengaluru ATM, on grounds that a kiosk was set up instead of a crypto ATM for withdrawal and deposit of money from customers’ Unocoin accounts.

Unocoin, however, had claimed that the RBI notification had disrupted the relationship with their banking partners. Crypto ATMs had been installed in many tech-savvy hubs in India, but after the RBI’s notification of 2018, they started disappearing from the scene 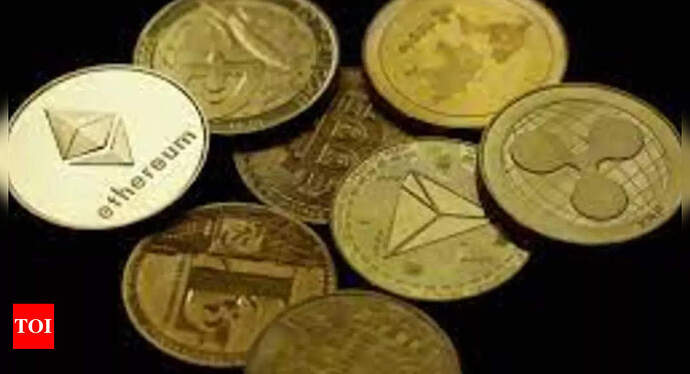 Will India have crypto ATMs once again? - Times of India

Cryptocurrency News: NEW DELHI: Crypto ATMs (Automated Teller Machines) arrived in India quite early - in the days when Bitcoins had started making inroads into the crypto.