Uruguay’s first crypto ATM may have taken a long time to arrive – but it has proven an instant hit, with reports claiming that the machine handled over 1,000 crypto transactions within the first hours of opening to customers late last week.

Per the news agency EFE (via Hola News), the machine was officially opened on Friday last week in the southeastern town of Punta del Este, in the Maldonado Department.

The ATM’s installers are inBierto, a local crypto firm and token operator, and another firm named Urubit. The machine is compatible with fiat, as well as bitcoin (BTC

Dignitaries including Carlos Enciso, the Ambassador of Uruguay to Argentina, were in attendance at an opening ceremony. Photos from the event showed a crowd gathered around the machine.

The town is a major tourism hub, and it appears that international and domestic travelers could well be its primary target.

The firms behind the ATM say it was “developed entirely in Uruguay” and added that they were “seeking to expand the network in Maldonado,” with a view to expanding to the capital Montevideo, as well as Colonia, in the southwest of the nation, another major tourism hotspot.

The CEO of inBierto, Adolfo Varela, was quoted as stating:

“Uruguay has the conditions required to become an international crypto hub and can be the entry point for this technology to enter the Latin American region.”

Crypto adoption is becoming an increasingly hot topic in the nation, where last year a regulator, the General Tax Directorate, hinted that crypto may have a place to play in the property market.

The regulator suggested that crypto could be used as “intangible personal property” in deals whereby buyers pay for real estate in crypto.

However, there are also signs that the government will not allow the crypto sector to grow unchecked. The Uruguayan Central Bank has been hard at work on a crypto regulation “action plan” since last year.

Earlier this month, the bank hinted that its plan is edging closer to full formulation, writing in a policy advisory document that it “considers it necessary to provide greater certainty and clarity on the phenomenon [of crypto] and its regulatory considerations.” 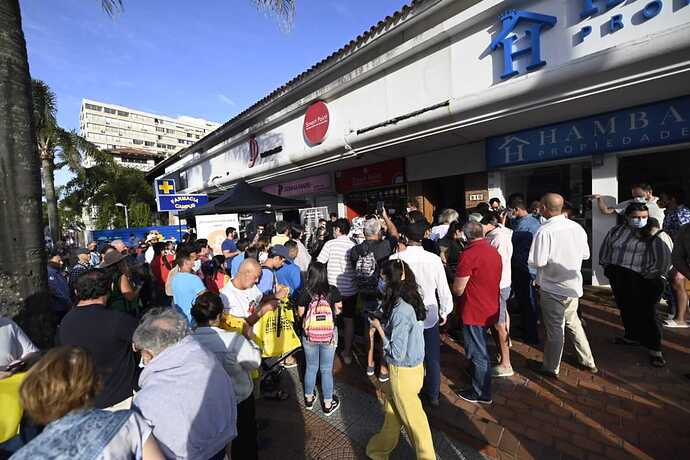 Uruguay’s first crypto ATM may have taken a long time to arrive – but it has proven an instant hit, with reports claiming that the machine handled over 1,000 crypto transactions within the first hours of opening to customers.