It’s been a little more than two weeks since El Salvador officially became the first world economy to make Bitcoin legal tender. The day saw the cryptocurrency’s value plunge and the preloaded Bitcoin wallets for citizens called Chivo had to be disconnected due to technical glitches.

Things haven’t gotten much better since then.

Bitcoin’s still down considerably from its Sept. 6 highs (down about 16% as of 11 a.m. ET Thursday). Chivo is still a mess and protests are growing.

While businesses in El Salvador are required to accept Bitcoin for goods and services, many are still refusing, saying they would rather lose the sale. Businesses with technological hinderances are exempt from that rule and many are leaning into that.

Even some government offices are refusing to accept Bitcoin as payment.

The Bitcoin ATMs that have been installed around the country? One was set on fire during a protest. Others don’t work well. (In the first week, officials admitted that despite a line of people in front of one machine, just three had been able to withdraw money.)

Worse: Chivo’s identity verification system is faulty, meaning some users are finding that their accounts have been taken by hackers who spoofed their identity before they could register.

The plan to adopt Bitcoin as legal tender was rushed through by El Salvadoran president Nayib Bukele, who touted it as a way to attract investment in the country. Not everyone agreed. The International Monetary Fund, in June, said the move raises several issues, ranging from financial to legal. JPMorgan further noted the country’s economy could face headwinds because of the move.

Bukele still maintains a popularity rating above 80% in the country, but the ongoing problems are heightening tensions. On Sept. 15, the bicentennial celebration of El Salvador’s independence from Spain, some 15,000 protestors took to the streets to demonstrate against Bitcoin, Bukele and recent constitutional changes.

“Bitcoin is a law that benefits only wealthy businesspeople,” said one protestor. 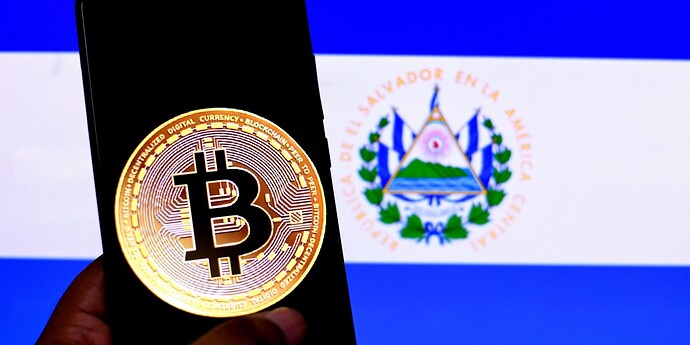 Bitcoin is still in the red. The preloaded wallets for citizens are a mess. And businesses still aren't accepting the crypto.