They warn more and more scammers are posing as utility companies, police or government agencies to scare people into sending bitcoin.

As members of the Scam Squad, the FBI created new signs to be placed on bitcoin ATMS across Cuyahoga County.

“Scam Squad is trying to disrupt these scams by warning people—before their cash is gone for good,” said Sheryl Harris, Director of the Cuyahoga County Department of Consumer Affairs.

The signs are intended to make people think twice before going through with a transaction, because they may be caught in a scam.

“Education and prevention are the best tools to avoid being a victim of a financial scam,” said Assistant Special Agent in Charge Bryan P. Smith. “Technology makes the world a much smaller place and fraudsters can be anywhere. It is imperative for consumers to verify financial transactions prior to sending money in any form, including virtual currency. Be financially safe, learn more before sending.”

19 News spoke to a Shaker Heights man who did not want to be identified, but says he got caught up in a convincing scheme last winter, before the signs were in place.

“It was very elaborate,” he said. “With different people playing parts and clearly orchestrated.”

He says he got a call from who he thought was his son.

“It sounded like him totally. There was never a doubt in my mind,” he said. “My wife came over and I put it on speaker and she thought the same thing.”

So, the couple believed it when the person said he was in jail and needed help bonding out.

“My young adult son seems to be in dire straights and there seems to be time urgency,” the father said.

He says the scheme got so complex, it involved his son’s supposed attorney and calls to the supposed jail itself, with everyone telling him the Franklin County Jail was about to be on lockdown for 60 days to eliminate a COVID threat.

“So if you want to get him out, you better hustle,” the father said.

The couple followed instructions to withdraw $9,000 in cash and went to convert it using a bitcoin ATM at a local store.

The couple says the store owner approached them after they found the machine.

Just as they were about to complete the transaction, the father says he stopped to explain to the owner what he was doing at the machine and why.

“He goes, ‘you’re getting scammed,’ but again there’s the urgency and the dire situation and the fact it sounded like my son,” the father said.

His wife called started calling their son. He picked up the second time she called him and was indeed not in jail.

“I looked at the guy and I said thanks,” the father said. “What a good Samaritan.”

That’s why, even though he didn’t lose money, this victim was glad to hear about these new warning signs going up.

“Vigilant shop keepers are great, but they are not always going to be that visible or accessible,” the father said.

Store owners or managers can request print or digital versions of the Scam Squad alert signs by calling the Scam Squad hotline at 216-443-SCAM (7226) or emailing consumeraffairs@cuyahogacounty.us. 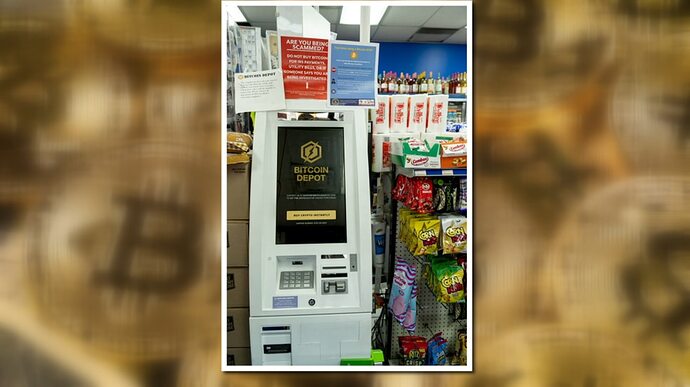 As more people fall victim to scams involving unusual payment, our partners at the Cuyahoga Scam Squad are taking steps to intervene.