There are now more than 6,000 Bitcoin ATMs in the world – but as the devices become more widespread, it seems tax authorities are also starting to pay closer attention to the devices.

Per data from monitoring site Coin ATM Radar, there are currently 6,003 Bitcoin ATMs in operation now – with a whopping 3,923 of that number in the United States, followed by just over 700 in Canada.

More than 100 new devices have been installed globally in November 2019, and the website data shows that the rate of new Bitcoin ATMs installation now stands at 9.3 per day.

“We’re looking at Bitcoin ATMs, and the ones that may or may not be connected to bank accounts. In other words, if you can walk in, put cash in and get Bitcoin out, we’re interested potentially in the person using the kiosk and what the source of the funds is, but also in the operators of the kiosks.”

Fort added, “They’re required to abide by the same know-your-customer, anti-money laundering regulations, and we believe some have varying levels of adherence to those regulations.”

As previously reported, the IRS has announced it will be cracking down on cryptocurrency-related tax policing in recent months, with some often confusing) And the agency now appears to have warned American citizens that moving their crypto to overseas exchanges will not help would-be tax avoiders.

“We have concerns that as things tighten up here in the United States, that we are pushing people to foreign exchanges. We have to focus on that as well.” 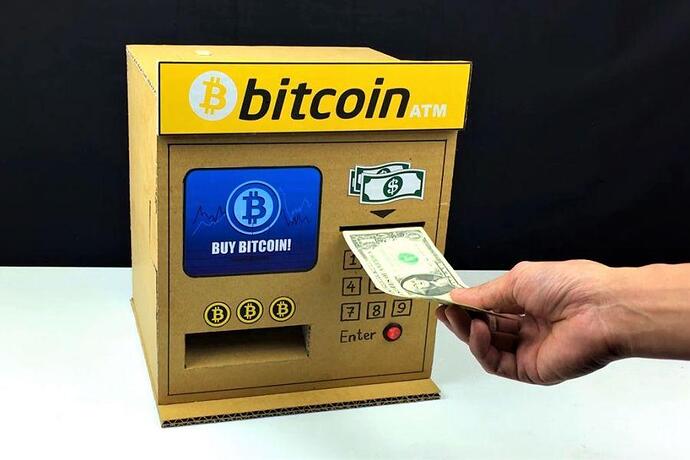 There are now more than 6,000 Bitcoin ATMs in the world – but as the devices become more widespread, it seems the tax authorities are also starting to pay closer attention to the devices.