Nigeria, Africa’s largest economy and largest source of Bitcoin trading volume on the continent, has welcomed its first Bitcoin ATM.

Blockstale BTM, the company that installed the ATM in the Dazey Lounge and Bar in Lagos state, plans to launch more than 30 more terminals across Nigeria.

“Despite all the legal uncertainties about cryptocurrencies in Nigeria, Nigerians happen to be the highest crypto traders in Africa,” Blockstale’s chief executive and founder, Daniel Adekunle, told local media on April 1.

Adekunle developed his Bitcoin ATMs in partnership with a tech firm based in Shenzhen, China.

Despite being home to the largest trade volume in Africa, Nigeria is the eighth country in the continent to host a Bitcoin ATM — with Blockstale’s comprising the 15th in Africa.

According to CoinATMRadar, South Africa is home to seven crypto ATMs, Ghana hosts two, and Botswana, Djibouti, Kenya, Uganda and Zimbabwe each have a single terminal.

With Nigeria comprising Africa’s largest economy and population, the country’s first Bitcoin ATM may be a signpost for broader adoption across the continent. Coinstale’s terminal is only the second Bitcoin ATM in West Africa.

Recent weeks have seen roughly 220 Bitcoins, or $1.38 million worth, of peer-to-peer (P2P) trade between BTC and Nigerian Naira on LocalBitcoins.

However, Nigerian LocalBitcoins has dropped by roughly 50% since the P2P platform strengthened its KYC requirements during September 2019.

Three of the top five ranked nations for ‘Bitcoin’ searches are African — with South Africa and Ghana ranking third and fifth respectively. 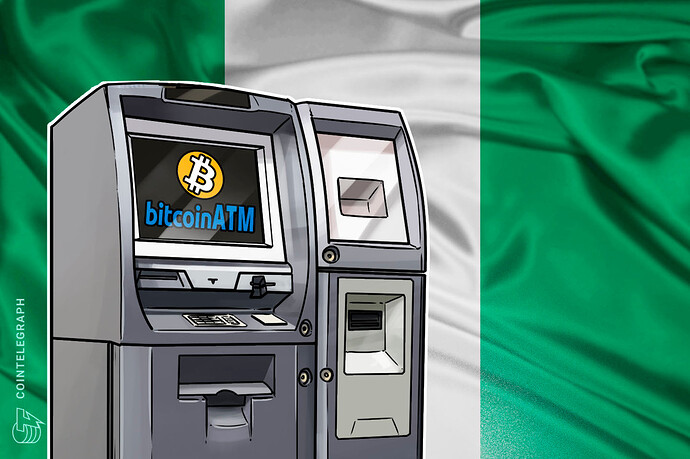 Nigeria, Africa’s largest economy and largest source of Bitcoin trading volume on the continent, has welcomed its first Bitcoin ATM