Besides H-E-B grocery stores, Coin Cloud has partnerships with the National Alliance of Trade Associations, United Natural Foods, Inc. (UNFI), and CAL’s Convenience Store. The DCMs are stretched across the United States and countries in South America as well.

According to a report from the Houston Chronicle, a H-E-B grocery store chain executive confirmed that 29 stores will start the pilot program. Most of the Coin Cloud H-E-B-based DCM kiosks will be located in the Houston area.

Coin Cloud crypto machines accept both debit and credit cards, alongside cash. The announcement on Friday revealed that over the last six months, Coin Cloud has installed 750 DCMs.

“We’re thrilled to reach this juncture of our business, as our growth is a tangible representation of interest in digital currencies and of Coin Cloud’s mission to provide communities with seamless options to buy and sell,” Chris McAlary, the founder and CEO of Coin Cloud, remarked. “As we continue to expand, retailers will become increasingly aware of the important role digital currency plays in the future.”

According to coinatmradar.com statistics as of June 19, 2021, there are approximately 21,842 cryptocurrency automated teller machines installed worldwide. Other crypto ATM providers competing in Texas for ATM real estate include Coinsource, Rockitcoin, and Bitaccess. 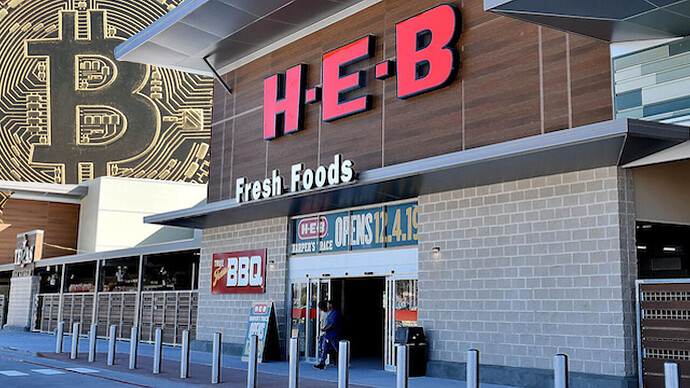 More Than Two Dozen Crypto ATMs to Be Installed in Texas-Based H-E-B Grocery...

29 H-E-B stores will feature kiosks that provide access to more than 30 crypto assets including defi tokens and stablecoins.