Bitcoin (BTC) ATM firm Bitstop installed one of its machines at the Miami International Airport, announcing the news in a press release published on Oct. 15.

The Bitcoin ATM has been reportedly installed in concourse G next to gate 16 and allows customers to buy Bitcoin for cash.

A strategic position
The company claims that the location is strategic for the machine, given that Miami’s airport is the third-busiest in the United States in international passenger traffic. Miami International Airport is also “the largest gateway between the U.S. and Latin America and is one of the largest airline hubs in the United States,” the announcement notes.

“More and more people prefer to travel with Bitcoin instead of cash for convenience and security. Miami International Airport is a perfect place for our customers to conveniently exchange their dollars for Bitcoin and vice versa when traveling domestically or abroad.”

Lastly, Bitstop notes that this is its 130th machine in the U.S. and the aim is to reach 500 Bitcoin ATMs installed worldwide by the end of 2020.

As Cointelegraph reported in June, at the time the total number of Bitcoin ATMs worldwide reached 5,000 for the first time. As of press time, there are 5,756 such machines worldwide. 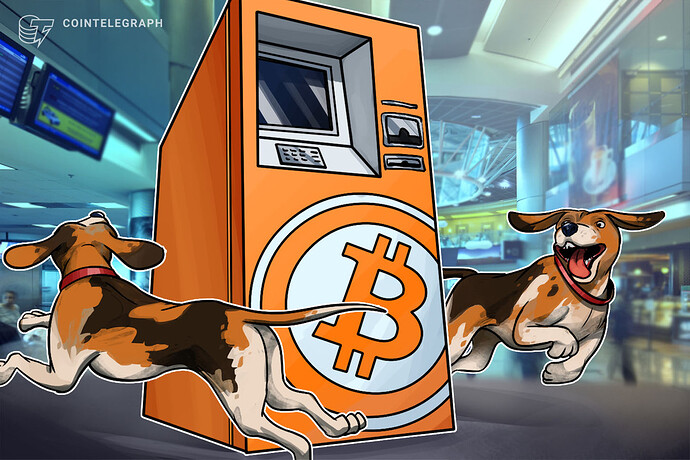