SINGAPORE — A day after Singapore’s central bank urged cryptocurrency firms not to advertise their services in public spaces, at least one company in the sector said that it will be pulling back on its marketing campaign and another has turned off its bitcoin automated teller machines (ATMs).

Although views among these firms are mixed, some of them support the move by the Monetary Authority of Singapore (MAS). This is because they believe it sends a signal that cryptocurrencies, which are essentially digital currencies and can see wild price fluctuations, are not suitable for inexperienced retail investors.

One industry player, however, argued that the MAS guidelines may place an unfair barrier to entry for future cryptocurrency startups in Singapore.

Mr Raks Sondhi, the managing director of Independent Reserve, one of five licensed cryptocurrency firms here, told TODAY that the firm is re-evaluating its current marketing campaigns and intends to pull back on some planned campaigns.

Ms Zann Kwan, chief executive officer of Deodi, an operator of bitcoin ATMs, said that it has pivoted its business away from its retail customers since last year.

“As per (MAS’) guidance, we have switched off all our physical machines in public areas in Singapore,” Ms Kwan said.

These firms are urged not to have physical ATMs that provide cryptocurrency services as well.

MAS said that it has observed cryptocurrency firms actively promoting their services in Singapore, which are “highly risky and not suitable for the general public”.

However, it added that these companies may still advertise on their own corporate websites, mobile applications or official social media accounts.

While MAS did not name names, a cryptocurrency exchange Crypto.com has put up advertisements in train stations, on taxis, as well as on social media platforms.

The company declined to comment when approached by TODAY.

Even though these are guidelines that do not come with penalties, MAS said that it expects regulated entities to take immediate steps to adhere to them.

“For entities with existing arrangements, they should wind down such arrangements within a reasonable period of time, which includes taking down paid advertisements.”

And although there are no financial penalties if regulated cryptocurrency firms do not comply, MAS will consider whether such firms applying for a licence to operate under the Payment Services Act observe the guidelines when reviewing their licence applications.

“Regulated entities generally understand that they are expected to comply with guidelines issued by MAS… MAS will monitor the market and will also consider issuing legal requirements if necessary to achieve the policy objectives,” the authority added.

Despite having to cut back on its marketing campaign, Mr Sondhi said that his company understands the emphasis on consumer protections that MAS has for retail investors.

“Our team looks forward to working with MAS and our industry associates, in finding a balance between protecting the consumers and ensuring continued and responsible industry growth,” he said.

Mr Alex Kim, chief executive officer of cryptocurrency operator Upbit Singapore, agrees that the MAS guidelines are prudent and necessary to protect the general public, but he said that they serve as an “unintended entry barrier” to homegrown startups, which may find that they have limited marketing tools.

“For a healthy growth of the ecosystem, we would need a level playing field.”

Mr Kim also said he expects that there will be more guidance on what MAS considers the promotion of cryptocurrency services, though he added that his company is not affected by these newest recommendations since they have not done any promotional activities to the general public other than for educational purposes.

If cryptocurrency firms here are not allowed to put up materials to help educate the public, they may still be exposed to promotional activities from unregulated or offshore services, Mr Kim added.

NOT FOR INEXPERIENCED INVESTORS

Other cryptocurrency firms interviewed by TODAY said that they are not affected by MAS’ latest move.

Mr Eric Barbier, chief executive officer of TripleA, the latest cryptocurrency company to be given a licence here, said that its business involve enabling businesses to make crypto payments, and is therefore not targeted at everyday consumers.

He added that MAS’ move was expected because not everyone has the necessary knowledge to invest in cryptocurrencies, yet he had observed some exchanges that have not been licensed by the central bank putting out many advertisements.

“(The authorities) still need more time to develop a proper framework for making sure people are properly informed, (like how it is for other complex financial products),” he said.

Another licensed entity, Fomo Pay, also deals with corporate clients and will not be affected by these new guidelines, its co-founder Zack Yang said.

Mr Zhu Juntao, chief executive officer of Hodlnaut, also said that his company is not affected because he does not advertise the firm’s services, which include helping investors earn interest from cryptocurrencies.

This is because social media platforms, where he might consider advertising, generally require cryptocurrency firms to meet some requirements before they are allowed to advertise on their platforms.

For example, Facebook requires firms operating in Singapore to be licensed by MAS. Only five — Independent Reserve, Fomo Pay, Coinhako, DBS Vickers and TripleA — have received the licence.

Right now, many firms operate in Singapore because they have been granted an exemption from holding a licence under the Payment Services Act.

“Such volatility is not suitable for everybody. I think most people just don’t know their risk tolerance,” he added.

Cryptocurrency investors who spoke to TODAY also said that MAS’ moves are helpful in protecting the general public from making risky investments, because their experience has taught them that investing in these digital tokens is more complex than that for other financial assets.

Mr Jeremy Tian, a 30-year-old financial adviser, said that he started his cryptocurrency investment journey about a year ago so that he could equip himself with the adequate knowledge before he can provide the appropriate advice for his clients.

From his experience, even finding a suitable exchange to set up a trading account or cryptocurrency wallet requires a lot of research.

“There are a lot of obstacles… You have to go through the whole process of reading and understanding. It’s not like stocks where you can open an account easily,” Mr Tian added.

He said that MAS’ latest guidelines further affirms his belief that cryptocurrency investing is only suitable for clients who are financially savvy.

And he will even use the central bank’s recommendations to guide clients who are not knowledgeable about investing in cryptocurrencies.

Mr Ken Tan, a 39-year-old businessman, has observed some people buying risky coins in the last two years even though they have not done the research to understand the asset class well enough.

“It takes effort to learn… The sentiment I have about newcomers is that they just follow what their friend does. It’s that kind of mentality,” he said.

Mr Tan also said that he lost money through cryptocurrencies when he started investing in them but he has learned how to avoid scams over the years.

“It’s a cowboy town. Good for MAS to plan (these guidelines) for the average Joe,” he added. 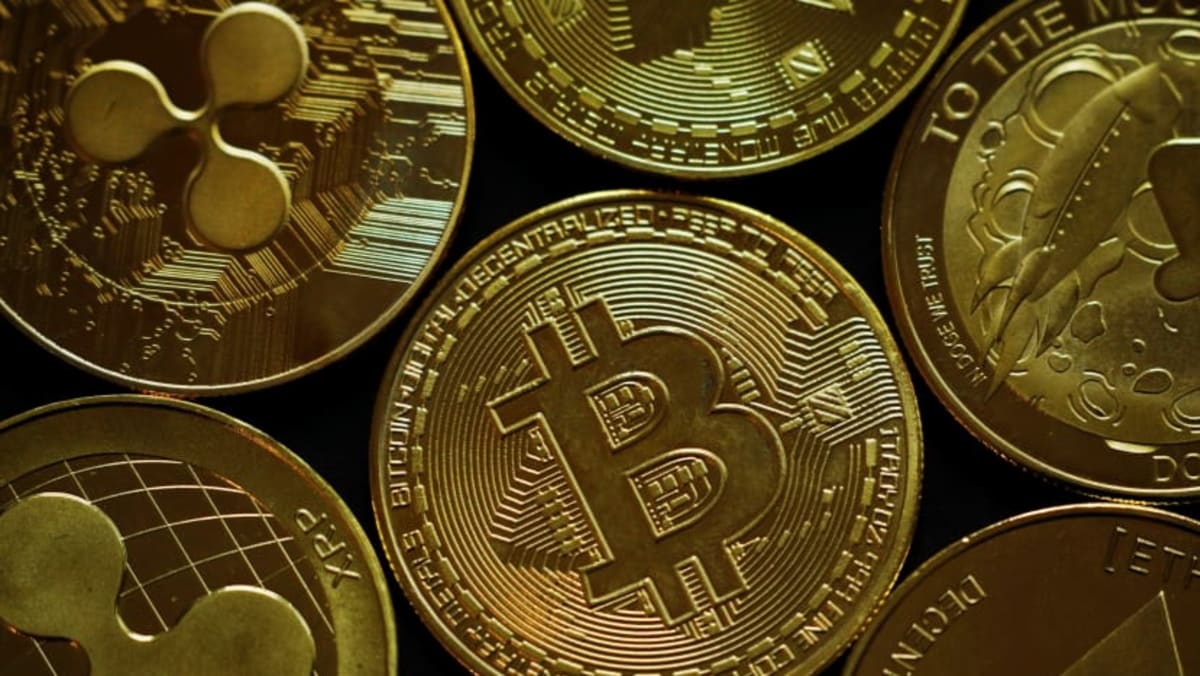 SINGAPORE — A day after Singapore's central bank urged cryptocurrency firms not to advertise their services in public spaces, at least one company in the sector said that it will be pulling back on its marketing campaign and another has turned...