El Salvador now hosts the third-largest network of crypto ATMs after the United States and Canada, amounting to 70% of all crypto ATMs in South America.

Comparing this to Statista data from Aug. 16, it becomes evident that El Salvador has successfully installed 201 ATMs in just one month. Beforehand, the country ranked 43rd on the list with just four functional crypto ATMs.

President Nayib Bukele had previously stated that Bitcoin’s adoption would be initially supported by a network of 200 ATMs and 50 branches. The Salvadoran government has partnered with an in-house cryptocurrency wallet provider named Chivo to power the BTC wallets and ATM usage in the country.

Crypto ATM installations are at an all-time high around the world, with 27,664 active machines and 2,790 new machines being added in September. The increase in El Salvador’s ATM installation drive aligns with the recent presidential order that requires all businesses to accept payment in Bitcoin. However, the merchants retain the option to convert Bitcoin payments to USD before withdrawing their earnings.

While other jurisdictions are yet to decide on Bitcoin’s use case as a mainstream asset, an average of 63.7 ATMs continue to get installed globally every day. Genesis coin remains a leading crypto ATM manufacturer with a market share of 40.7%, while General Bytes and BitAccess represent 22.7% and 12.7% of the market, respectively.

El Salvador’s Bitcoin adoption has seen some resistance from locals, which recently led to the burning of a Chivo-supported Bitcoin machine. Those protesting adoption of Bitcoin highlighted concerns regarding uncertainty, price fluctuation and lack of exposure to the crypto market.

The Chivo kiosk is the government’s first attempt to create an infrastructure for BTC and U.S. dollar conversions. Currently, El Salvador uses both Bitcoin and the U.S. dollar as legal tender. 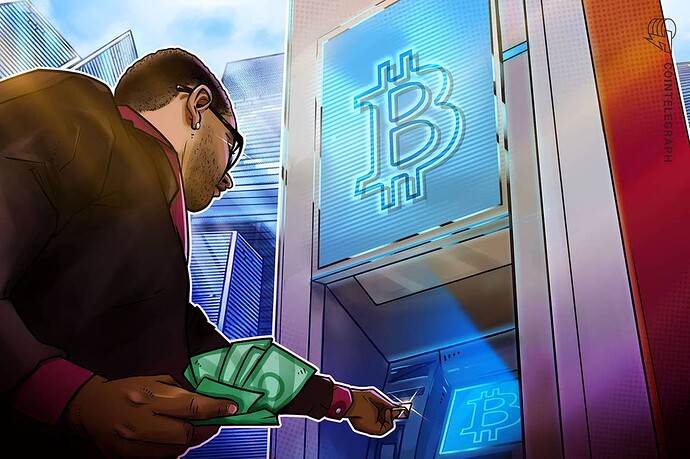 Data shows El Salvador has installed over 200 crypto ATMs in September, becoming the country with the third most extensive Bitcoin ATM network.