There is a cryptocurrency ATM boom going on in Colombia right now, being this is the country that hosts the second-highest number of these ATMs in the region. Columbia was in first place until not so long ago, before El Salvador made its bitcoin bet and declared the leading cryptocurrency legal tender. Currently, there are 50 cryptocurrency ATMs in Colombia, but the reasons for this boom are still not clear to some.

Colombia has not been especially known for its cryptocurrency adoption, and its involvement with cryptocurrencies at a government level was limited to a regulatory sandbox that exchanges are running with banks. However, there seems to be an increasing interest by cryptocurrency ATM companies in offering their services there. This might have to do with the close proximity to Venezuela and the vibrant commercial exchange that happens between these two countries.

About this, Alejandro Beltrán, CEO of Buda, a Latam-based exchange, told Forbes:

Colombia continues to be an important crypto hub in transactionality, and as Venezuela is in the top 3 in the global adoption index, the border position makes ATM systems good alternatives for consumers.

The cryptocurrency ATMs are concentrated mostly in the capital of the country, Bogota, where there are 29. Six are located in Medellín, three in Bucaramanga and Pereira, with the remaining ones being scattered throughout other locations. This clearly shows that most crypto ATMs are concentrated in city areas, away from the borders. This fact seems to rule out transactionality between countries as an important driving force behind the ATM push. However, Beltran has another theory about this boom.

Colombia is one of the leading countries for cash use in the region, and these ATMs aid customers in managing and transacting funds that would be impossible to do use efficiently with the current limitations of the banking sector in the country. To conclude, Beltran stated:

We believe that this can be one of the great contributions of the sector so that the ecosystem continues to grow in a vertical way. 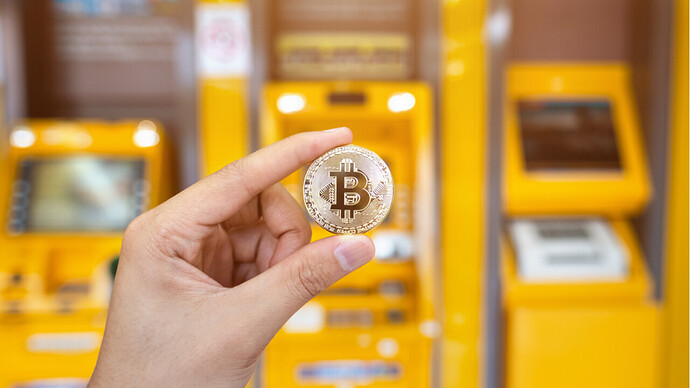 There is a cryptocurrency ATM boom going on in Colombia right now, the country hosting the second-highest number of these ATMs in the region.