The service is now available in nearly 25% of Coinstar’s total kiosk fleet and in 40 U.S. states, according to figures provided by Neil Bergquist, chief executive of Coinme. Coinstar change-counting machines are located in supermarkets, gas stations, and convenience stores around the country.

“There is a Coinstar kiosk located within five miles of 90% of the American population,” he told CoinDesk. “So the collective opportunity here is to be able to give the majority of the U.S. population access to digital currencies.”

Subscribe to Blockchain Bites, our daily update with the latest stories.
Your email address
SUBSCRIBE
By signing up, you will receive emails about CoinDesk products and you agree to our terms & conditions and privacy policy.
Over the last year in particular Coinme has made in-roads in some of the farthest-flung U.S. locales. It was admitted to Hawaii’s digital currency sandbox in August along with 11 other cryptocurrency exchanges. Bergquist said Coinme is the only participant to offer cash-to-crypto services. 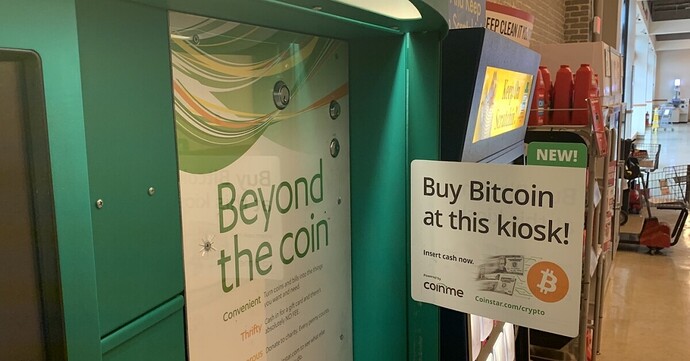 Coinme-powered bitcoin kiosks have sold 650% more bitcoins this year than in 2019.