Buying bitcoin in the U.S. state of Florida just got a little easier.

According to a press release shared with CoinDesk on Wednesday, bitcoin ATM company Coinme has expanded to around 300 locations.

Residents of Jacksonville, Miami, Orlando and Tampa are now able to buy bitcoin while doing their daily grocery shop via coins-to-cash converter Coinstar’s kiosks. The kiosks have been placed in select stores including Winn Dixie, Fresco y Mas and Harveys among others.

“Our team has been working with state regulators in an effort to launch Coinme on Coinstar kiosks throughout the state,” said Neil Bergquist, co-founder and CEO of Coinme. “We are thrilled to secure a license to offer a cash on-ramp to purchasing bitcoin to the residents of Florida.”

The move is part of Coinstar and Coinme’s partnership, formed in 2019, allowing shoppers at select locations to buy bitcoin for cash. Set up in more than 40 states throughout the U.S., the Coinstar change-counting machines are located in supermarkets, gas stations and convenience stores. The machines are used to convert loose change into gift cards or cash or to make a donation to a select charity.

The deal is mutually beneficial as Coinme gets to take advantage of Coinstar’s kiosk locations while Coinstar can tap into the current crypto craze with the help of Coinme. Around 25% of all Coinstar’s kiosks are now enabled by Coinme to provide bitcoin purchases for cash, as CoinDesk previously reported. 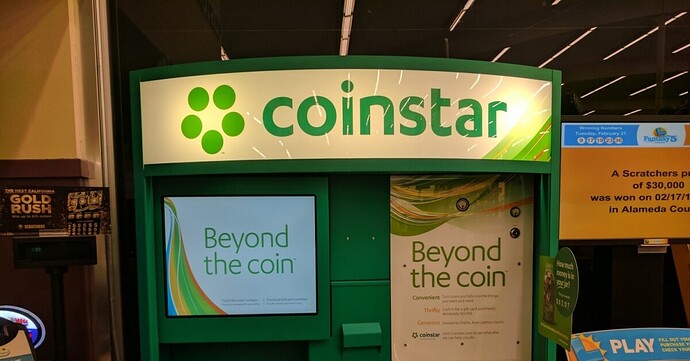