Bitcoin Depot, the world’s largest and fastest-growing crypto ATM network, today announced a new milestone and that the company now operates more than 5,000 Bitcoin ATMs across the United States and Canada. The company has tripled its kiosk count in the last six months, as it continues to provide fast and secure access to cryptocurrency transactions for communities all across North America, especially the underbanked.

“We’re thrilled to achieve a new and tremendous milestone with 5,000+ crypto ATMs on the heels of Bitcoin Depot’s five-year anniversary and a long-term partnership with Circle K,” said Brandon Mintz, President & CEO at Bitcoin Depot. “It’s no doubt the crypto market has captured mainstream interest, and the demand from consumers and retail industry giants continues to grow. This gives us a greater opportunity to expose Bitcoin Depot ATMs to individuals seeking convenient access to alternative financial services and cryptocurrency.”

Bitcoin Depot’s growth has been showcased through its prominent partnerships and accolades (such as the Inc. 5000 list) throughout the years. The company’s recently launched exclusive partnership with one of the world’s leading convenience and fuel retailers, Circle K, is a reflection of that success and continued BTC ATM expansion into the mainstream market. Bitcoin Depot’s impressive footprint across North America demonstrates the rising popularity of cryptocurrency and position as a trusted network that offers secure, convenient and fast digital asset transactions.

Bitcoin Depot is the fastest growing multi-cryptocurrency ATM network in the world. It was founded in 2016 and is based in Atlanta, Georgia. The company’s mission is to provide the most secure, convenient, and fastest cryptocurrency transaction, ultimately Bringing Cryptocurrency to the Masses™. Through a strong network of thousands of crypto ATMs, Bitcoin Depot enables users to buy Bitcoin, Litecoin, and Ethereum instantly. 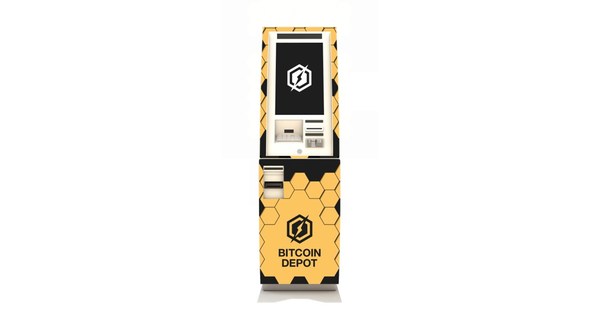