Bitcoin Depot Expands Crypto ATM Network
As demand for bitcoin and other cryptocurrencies continue to increase globally, Bitcoin Depot, an Atlanta-based firm that claims to have the fastest-growing multi-cryptocurrency ATM network, has inked a long-term partnership deal with Circle K, a leader in the convenience store business, to install more crypto ATMs in Canada and the U.S.

As stated in a press release, the formidable alliance has so far made it possible for the team to install more than 700 cryptocurrency ATM machines in 30 states around Canada and the U.S, with more to be added soon.

Since the launch of the first bitcoin ATM in Vancouver, Canada, in 2013, Bitcoin ATMs have found their way to various parts of the globe, and according to Statista, as of January 2021, the total number of Bitcoin ATMs in the world stood at an impressive 14,000.

Fostering Global Crypto Adoption
Now, the team says the latest collaboration is in a bid to further make it easier for cryptocurrency enthusiasts in the U.S. and Canada to purchase their favorite crypto assets with cash in a fast and frictionless way.

In addition to BTC, Bitcoin Depot says its ATMs support 30 popular cryptocurrencies. The firm claims purchasing bitcoin via its ATMs is an easy and straightforward process that can be completed within two minutes (from signing up to buying bitcoin).

Brandon Mintz, the CEO of Bitcoin Depot has expressed his excitement over the new long-term strategic partnership with Circle K, adding that he expects the installation of crypto ATMs across the firm’s retail chains to attract new customers, while also giving it a chance to promote financial inclusion for the underserved.

“Circle K understands that cryptocurrency will play a major role in the future economy and payments landscape. By adding Bitcoin ATMs to its stores, Circle K can attract new customers to their stores, offer financial access to underserved communities, and set themselves apart from other retailers with this new technology.”

In related news, El Salvador, the world’s first sovereign state to make bitcoin (BTC) a legal tender, has pledged to install 1,500 Bitcoin ATMs within its shores, in a bid to further simplify bitcoin adoption for residents. 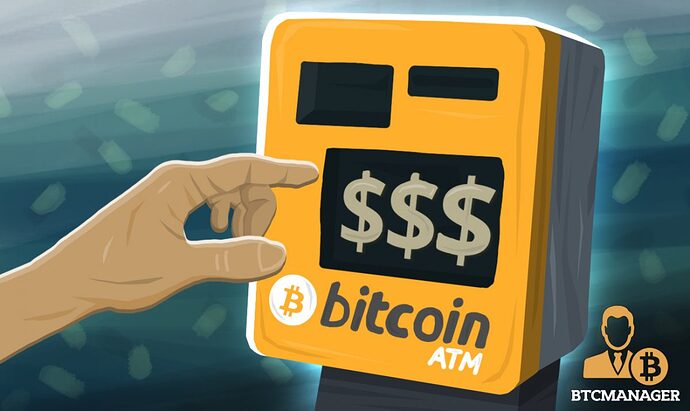 Bitcoin Depot is joining forces with Circle K to install bitcoin (BTC) ATM kiosks at thousands of Circle K outlets across the United States and Canada. The team claims to have installed more than 700 ATMs in 30 states so far, according to a press...