An unnamed Canadian minor has been charged in a $36 million digital heist that authorities said is the largest-ever bitcoin theft from a lone victim, the San Jose Mercury News reported Thursday (Nov. 18).

The investigation was run by the U.S. FBI and Secret Service out of Santa Clara County, California, according to the district attorney’s office. The victim was well-known bitcoin investor Josh Jones, who was an early adopter of the cryptocurrency.

The alleged perpetrator lives in Hamilton, Ontario, a city about 40 miles west of Buffalo, New York, and the Mercury News reported that police have seized about $5.5 million in cryptocurrency as part of the investigation.

According to the Toronto Star, the scheme involved a SIM swap attack, which is a cybercrime in which criminals gain control of a victim’s mobile phone so they can thwart two-factor authorization to execute bogus transactions.

In other news, the price of bitcoin is slumping for a fifth consecutive day — the first time since May that the major cryptocurrency has lost value for so long a stretch, Bloomberg notes.

On the Coinbase exchange, bitcoin has fallen more or less steadily since peaking at a record $69,000 per coin on Nov. 10 at 9 a.m.

Meanwhile, the city of Williston, North Dakota, is doubling down on its commitment to cryptocurrency.

The municipality stated in a news release on Wednesday (Nov. 17) that it has partnered with Coin Cloud to provide a cryptocurrency ATM in a pre-security area of the Williston Basin International Airport.

According to the city, the ATM will facilitate transactions using bitcoin, dogecoin, shiba inu coin, cardano, ethereum and U.S. dollars.

“This is an ambitious step in introducing and engaging the public towards cryptocurrency while proactively playing a role in building the digital ecosystem,” City Finance Director Hercules Cummings said in a statement. “We partnered with BitPay to accept digital currency for city utility bills and now with a municipal-hosted DCM [digital currency machine], we are creating a successful road map for the public to embrace cryptocurrency.

“Although we are a smaller rural community, we are making an impact. Taking this small step may pave the way for other government and commercial entities to follow suit.”

Williston is in northwest North Dakota, about 25 miles from Montana and 50 miles from Canada.

Per Bloomberg, the ultimate goal of the merger is to create an entity valued at about $1.5 billion. CoinDesk reported that a PrimeBlock spokesman declined comment when asked about the proposed deal.

10X Capital was founded in New York City in February 2021 and trades under the ticker VCXAU on the Nasdaq exchange. 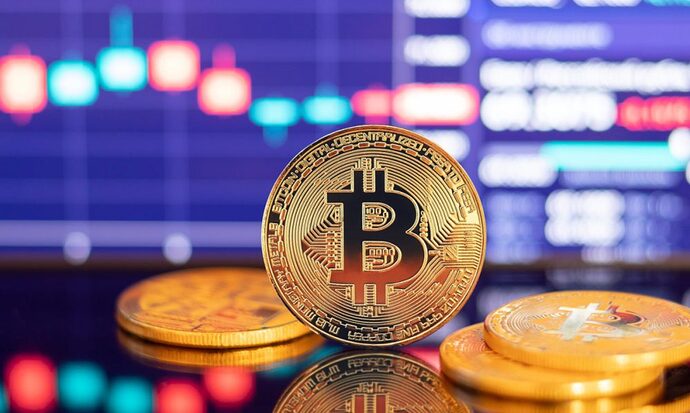 In today's bitcoin daily, a Canadian teen has been arrested for the largest-ever bitcoin theft from a lone victim, the price of bitcoin falls further, and more.