In a year when cryptocurrency markets broke all-time highs, the availability of digital coins has increased and bitcoin ATMs have contributed greatly. Their number has recently exceeded 30,000 — more than double the count at the beginning of 2021.

Data collected by Coin ATM Radar shows that on Jan. 1, there were 14,016 registered locations supporting automated teller services for leading cryptocurrencies. And, as of Oct. 27, their number has reached a staggering 30,011.

These Bitcoin ATMs and other crypto teller services are spread across 76 countries and run by 628 operators, according to the tracking website. The United States is the pronounced leader with more than 26,000 locations while neighboring Canada has a little less than 2,000, and the whole European Union hosts only 1,353.

Crypto teller devices have increased in Spain (155) and bitcoin-friendly Switzerland (130) but not all trends have been positive. Their numbers have declined in some other major markets such as Austria, from this year’s high of 156 in June to 140 now, and the U.K. which saw a dramatic fall from 229 on Jan. 1 to 98 as of Wednesday.

Supported cryptocurrencies vary between ATMs but most of them provide an opportunity to purchase bitcoin (BTC) and many sell one or more of the other major coins such as bitcoin cash (BCH), ether (ETH), and litecoin (LTC). Some offer stablecoins like tether (USDT), or popular altcoins like dogecoin (DOGE). Two-way teller machines, those that can also buy your cryptocurrency, are increasing in number, too.

Genesis Coin remains the leading BATM manufacturer, accounting for over 40% of the market, followed by General Bytes with more than 22%. Bitaccess is a close third with 14% of the currently operational devices. Other producers include Coinsource (6.1%), Bitstop (4.2%), Bytefederal (3.5%), and Lamassu (2.3%). Smaller companies have installed 7.2% of all registered crypto teller machines. 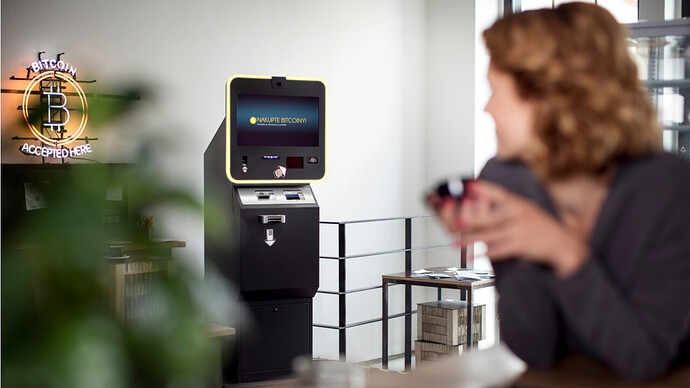 Locations providing bitcoin ATM services have increased exponentially this year, according to data compiled by a major tracking site.