Bitcoin ATMs and the Road to Adoption

Looking at the resurgent growth of the crypto community in Puerto Rico. Bull markets are a breeding ground for tax minimization strategies and crypto’s wildest ambitious to remake the world. And while there is a crush of rich crypto investors, builders and founders to the island known for its lenient tax code, crypto is just another professional, white-collar industry there.

Jorge Fernandez, chief development and marketing officer for Powercoin and Bitstop, one of the largest [bitcoin (BTC, -1.43%)] ATM networks, wrote in offering insight into what crypto is like on the ground. Bitstop machines are found in over 1,000 locations across the continental U.S. and Puerto Rico.

The company placed 25 machines on the island this year as a test, Fernandez said. A veteran of the traditional ATM and credit card business, he said people still associate crypto with crime or are otherwise intimidated. “Our machines have done OK so far but we spend more time educating than selling,” he said.

Guy Gotslak, President & Co-Founder of crypto investment platform My Digital Money, ​discusses bitcoin’s next move as it remains in a long-term uptrend. “We might see a little resistance, but I believe long-term, it’s a rocket ship,” Gotslak said. Plus, why he doesn’t think crypto regulation has a significant impact on market activity.

That’s not uncommon in the industry. Brimming with revolutionary potential, crypto’s adoption is also dependent on getting people on board with complicated and obscure technologies (even if packaged in the form of an ATM). Money, after all, has almost always been a monopoly interest of the government. In breaking with that, crypto is breaking with one of the cornerstones of civilization. It takes some explaining and some time getting used to it.

“When we first got into the BTM business, we made the mistake of assuming” it was just like the ATM business, he said. In some aspects, it’s similar, but overall it’s not. “It’s the same retail customers where ATMs and BTMs are installed but, in the end, the mindset of the buyers is different, the demographic is way different and it’s really hard to pinpoint what locations are going to be good or not. It can take nine+ months for a new location to start to produce, this is way different than an ATM where one knows within two-three months if the location is good.”

Fernandez said transaction volumes on his BTM network fluctuates strongly because of the relatively few people using the machines.

“In the ATM business, our customers hold over 700 million debit or pre-paid cards in their wallets so at some point during the week we know 80% of those customers will need access to cash, at least $20 for tips and incidentals. Not the same on the crypto side. Only a small portion of the population knows about crypto and an even smaller percentage buys. Of those that buy, not everyone has cash available on a consistent basis to invest in crypto, so the volume of the BTMs is not consistent from one month to another.” And the business is “extremely capital intensive.”

“Not only are the BTMs twice as expensive as the ATMs, but one also has to invest substantial amounts in ‘liquidity’ or crypto inventory to sell,” he added. “Operating expenses are higher because customer service calls are much more frequent on BTMs than ATMs and compliance is becoming a bigger expense as states start to regulate the business more and more.

“Overall, our machines do well, but I have noticed that the bulk of the volume on each location comes from just a handful of customers. That tells me that we have a few die-hard customers but it’s not like the island has embraced crypto in any way.”

He continued, “There are ‘crypto-heads’ around and some of them meet regularly to talk about nonsense, but as far as Puerto Ricans running out to buy bitcoin, that has not happened. This is a heavy cash society, our regular ATMs in the island process about twice as [many] transactions as the ones in the U.S. The crypto machines, on average, do about as well as the ones in the mainland.”

Fernandez said education is key to growth, but the road to adoption is long:

“Crypto lives in the real world and we need to be discussing this topic down at the consumer and user level. That is what is going to make or break this as an acceptable medium of payment and currency. I see some of that in the industry but most still live in the clouds (not the iCloud either).”

“Crypto is the future, I have no doubt about that, but we do have a long way to go before it becomes ubiquitous,” he said. Education is a challenge for the entire industry. 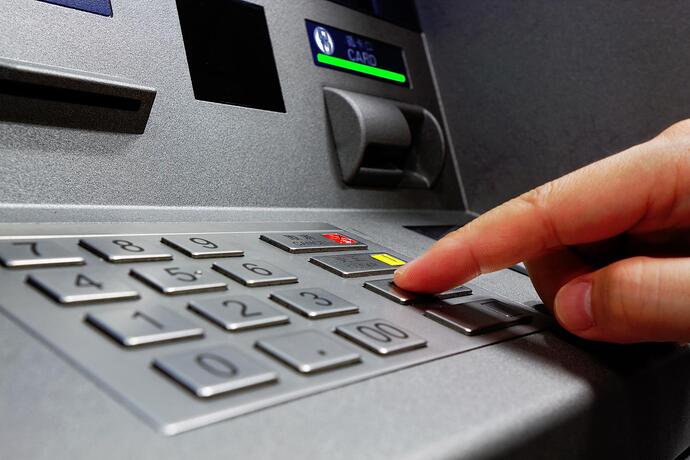 Bitcoin ATMs and the Road to Adoption

At least for now, crypto in Puerto Rico is less about doing business than about education.