In order to expand the network, Boston-based LibertyX has partnered with independent ATM operator DesertATM, according to a report by global ATM market publication ATMmarketplace on July 18.

As a part of the partnership, DesertATM will upload LibertyX on 90 of its Genmega ATMs to enable Bitcoin operations. New Bitcoin ATM locations will include gas stations such as AMPM, ARCO & Chevron, as well as Family Dollar retail stores, the press release notes.

In October 2018, LibertyX teamed up with Genmega, an ATM supplier serving the Independent ATM Deployment market, to allow users to use their debit cards to purchase Bitcoin at any BTC-enabled Genmega machine.

LibertyX CEO Chris Yim stated that the company has been making partnerships with ATM operators that already have locations to offer LibertyX services on their machines. According to Yim, the firm’s network now spans across 43 states and allows users to buy Bitcoin from a cashier or ATM using their debit card or a kiosk, with a limit of $3,000 of Bitcoin at a time.

As previously reported, LibertyX obtained a BitLicense issued by the New York State Department of Financial Services in January 2019 alongside stock and crypto trading app Robinhood .

Recently, Canadian exchange Coinsquare announced that they acquired software allowing traditional ATMs to sell cryptocurrencies such as Bitcoin. The news came amid a report of a potential ban on Bitcoin ATMs in Vancouver over money laundering concerns. 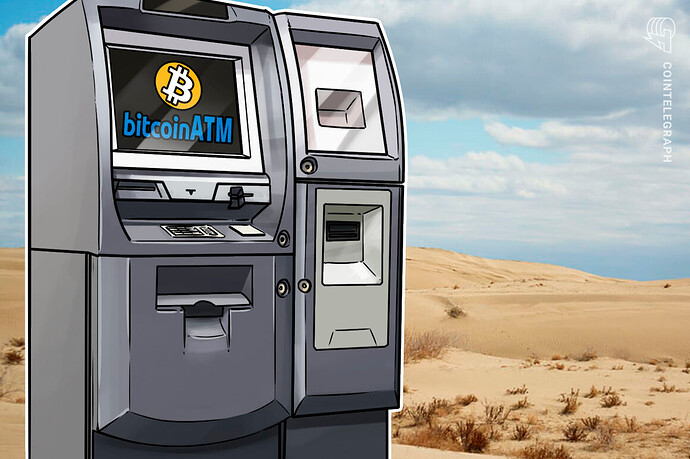 LibertyX, the firm that launched America’s first Bitcoin ATM, will add 90 new machines by teaming up with DesertATM