A little over a month after El Salvador legitimized Bitcoin as a legal tender within its jurisdiction, and with the value of the flagship asset touching new heights during the weekend, indications have emerged that interest in it has surged drastically in the Central American country.

President Nayib Bukele, through a tweet on Twitter, revealed that the country’s official Bitcoin wallet, Chivo, is seeing more remittance and adoption from citizens of the country in the diaspora. Not only that, but he also declared that a larger percent of the country’s population are converting their dollars into BTC.

According to president Bukele, the Chivo wallet saw over 24,000 remittances within a day, this in monetary terms translates to roughly $3,069,761 in a single day while the rate at which Salvadorans are converting their dollar holdings into the digital coin is higher than the rate at which they are withdrawing the asset.

With many skeptics alleging that the country was just cooking up figures about the level of acceptance of BTC within its space, President Bukele threw the gauntlet at media houses around the world to carry out their research to debunk any of his claims —evidence of the level of confidence he has about the data he shared.

In his words, “any media outlet can independently confirm this by visiting the ATMs.”

This confirms one of our previous reports about El Salvador’s Bitcoin adoption where we stated that the asset is “still growing en masse as more money is being used to purchase the coin.”

What is fueling this drive?

El Salvador’s BTC adoption has not been entirely smooth sailing as the latest figure might want one to believe. You’ll recall that we reported that citizens of the country had earlier protested about the adoption of the asset with many of them voicing their concerns about the volatile nature of the asset.

However, despite the pressure from the international community and the locals, the government had dug in its heels to continue with the push for the acceptance of the asset.

As it stands now, the effort of the government is beginning to pay off as more people are beginning to use the Chivo wallet thereby promoting financial inclusiveness for all.

Apart from that, citizens can now enjoy some subsidies and discounts through their use of the asset for some of their transactions and foreign investment is being lured through the non-taxation of capital gains made through BTC. 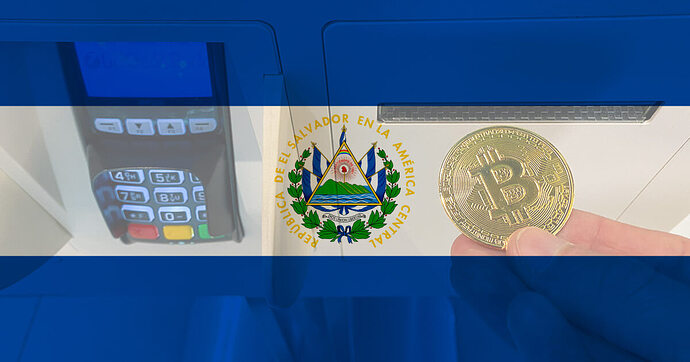