The U.S. Department of Justice (DOJ) announced Friday that a California man, Kais Mohammad, has been sentenced to two years in federal prison “for operating illegal ATM network that laundered bitcoin and cash for criminals.”

The Justice Department said that the 37-year-old operated an illegal crypto business “that exchanged up to $25 million,” some of which were “on behalf of criminals through in-person transactions and a network of bitcoin ATM-type kiosks.”

Mohammad owned and operated Herocoin from December 2014 to November 2019 using the moniker “Superman29.” Herocoin was a crypto exchange business that charged commissions of up to 25%, which was “significantly above the prevailing market rate,” the DOJ noted.

He typically met his clients at a public location and exchanged currency for them. “Mohammad generally did not inquire as to the source of the clients’ funds and, on certain occasions, he knew the funds were the proceeds of criminal activity. Mohammad knew at least one Herocoin client was engaged in illegal activity on the dark web,” the Justice Department said.

Mohammad also processed cryptocurrency deposited into bitcoin ATMs, supplied the machines with cash for customers to withdraw, and maintained the server software that operated the machines.

The Department of Justice said that Mohammad “intentionally failed to register his company with the U.S. Treasury Department’s Financial Crimes Enforcement Network (FinCEN)” even though he was aware of the registration requirement. He also “chose not to … develop and maintain an effective anti-money laundering program, file currency transaction reports for exchanges of currency in excess of $10,000, conduct due diligence on customers, and file suspicious activity reports for transactions over $2,000 involving customers he knew, or had reason to suspect, were involved in criminal activity,” the DOJ detailed, adding:

FinCEN contacted Mohammad in July 2018 and he subsequently registered with the regulator but “continued to fail to comply fully with federal law concerning money laundering, conducting due diligence and reporting suspicious customers,” according to the DOJ.

Mohammad also conducted multiple in-person transactions with undercover agents, helping them exchange cash into bitcoin. The agents represented that they worked at a karaoke bar that employed women from Korea who entertained men in various ways, including engaging in sexual activity. “Mohammad never filed a currency transaction report or suspicious activity report for these transactions,” the DOJ said. 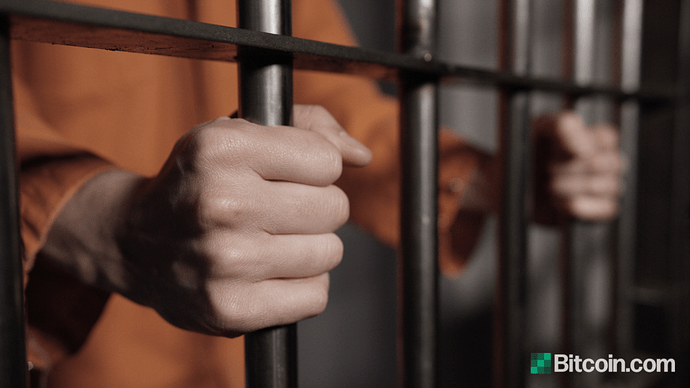 A bitcoin ATM operator has been sent to federal prison for two years for running an illegal cryptocurrency exchange operation. U.S. authorities have seized 17 bitcoin ATMs, along with some cryptocurrencies, including bitcoin.