200 Bitcoin ATMs installed at Walmart… with plans for 8,000 in total

Walmart has partnered with coin-cashing machine company Coinstar and crypto-cash exchange Coinme to install 200 Bitcoin (BTC) ATMs in its stores across the United States.

Although the pilot includes only 200 kiosks, the broader launch plans to eventually see the installation of 8,000 Bitcoin ATMs across the country, according to Bloomberg. There have been no further details on timelines as of yet.

According to Coin ATM Radar, there are currently over 25,000 Bitcoin ATMs at select grocery stores and service stations in the United States. Coinstar operates 4,400 kiosks enabled for Bitcoin purchases across 33 states.

Sam Doctor, chief strategy officer and head of research at BitOoda, told Bloomberg that Bitcoin ATMs aren’t a new development and can already be found at many supermarkets:

“Walmart expands Bitcoin access to more people, though, and gives it further legitimacy among skeptics, should they roll it out beyond an initial pilot.”

Customers can use the Bitcoin ATM by inserting a banknote and receiving a paper voucher with a redemption code. To redeem the code, customers need to then set up a Coinme account and complete a background check. Users cannot withdraw Bitcoin from their account, with no indication of plans to offer this functionality in the near future.

The Bitcoin ATMs have an 11% surcharge comprising a 4% fee for the Bitcoin option plus an additional 7% cash exchange fee.

As a point of comparison, popular crypto trading platforms Binance and Coinbase charge 3%–4.5%, and 3.99% for debit and credit card purchases, respectively. It is free to make a direct deposit from a bank account to a Binance or Coinbase wallet.

The news was welcomed as a sign of mainstream adoption by some, including influencer Lark Davis, who tweeted, “Wal Mart selling #bitcoin now… cool!” However, other users have complained about the high fees.

“BTC ATM fees are notoriously high plus the ‘current’ BTC price is always way higher when buying and lower when selling,” tweeted Ikegro in response to the news.

“It’s a ripoff, but at least it’s a sign of adoption — they think some people might want BTC enough to pay huge fees,” commented Reddit user u/Axatar in the subreddit r/CryptoCurrency. 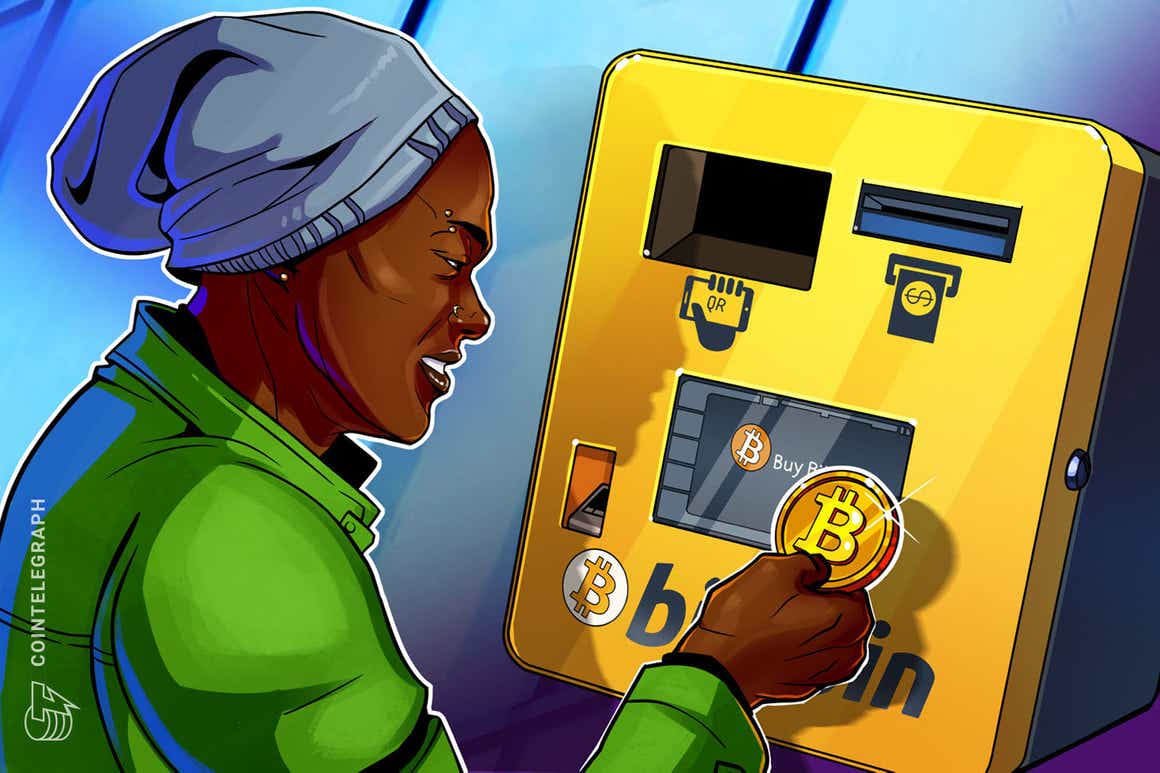 200 Bitcoin ATMs installed at Walmart… with plans for 8,000 in total

Walmart has installed 200 Bitcoin ATMs in a trial and plans to eventually install 8,000 across the U.S. in just another sign of mainstream adoption.